Here are some case studies using maps that I’ve come across recently for us to start with and consider.

What if the NY Subway Map stops were all named for women?

Current wind patterns, mapped onto the US

Could North America be re-mapped into 11 nations? What if there were no gerrymandering?

After exploring those, spend some time exploring a few other links related to historical maps or mapping as a historical method. A recent article in Forbes magazine talks about how digital mapping helps us understand racism and the history of segregation, including:

Stanford also hosts the Mapping the Republic of Letters project from Dan Edelstein and Paula Findlen, tracing (and mapping) the trajectory of thousands of letters from the pens of European Enlightenment writers. Here’s a brief video explaining the project:

Other innovative projects work with recreating or layering historical maps, and creating digital environments of the past (We will talk more about this on our Digital History day next month). Some examples include:

During class on Oct 24th I asked everyone to check in about where they are with Paper #2. Most people haven’t yet begun to solidify their ideas, so I thought it might help if I offered some general advice. I am happy to follow up in office hours or individually with anyone, of course.

The most important rule of Paper #2 is TRYING SOMETHING NEW. Rather than starting with a topic (which might be your default thinking before starting an assignment), instead try identifying what you want to do that’s NEW-FOR-YOU in your paper *and* how that new thing connects to what we’ve done in class during this Unit. For example: Are you using a type of source you’ve never used before? Are you trying an interpretive method you haven’t tried before? Is there something you stumbled on during our “lab” days that you hadn’t known of or thought about before? Did one of our Tuesday readings inspire you or give you a model you can use? Would you like to expand on one of this unit’s journal entries? You don’t have to do ALL of these things, just choose ONE and pursue it in the spirit of taking an intellectual risk.

As with Paper #1, the smaller and narrower the scope, the better the resulting paper will be, since you only have 1000-1500 words. I will not be strict about the upper limit if you want to exceed it, but would encourage you to strive for a tightly constructed paper rather than one which rambles widely. As we’ve seen in working with different kinds of archives in Unit 2, something which is expertly curated and concise is clearer and easier to understand that one which is disorganized and overloaded with information.

Lastly, if you struggled with footnotes, citations, or bibliography formatting in Paper #1, review Turabian closely and work on references early in the paper process instead of leaving it to the very end, especially if you are working with less-familiar sources.

Hope this advice helps stoke your enthusiasm for the second paper assignment, which ideally emerges organically out of the hard work and “sandbox play” you’ve done during our discussions and workshop sessions in this Unit.

Congressional Record up to 1875

For a well-designed site featuring 100 key US documents, see OurDocuments.gov

Congressional hearings, via the Library of Congress

See also Senate hearings on the US Senate website

How to read a Supreme Court case, using the website http://www.streetlaw.org

In our Historian’s Craft discussion and workshop this week, you’ll be learning about sources produced by, for, or about official governments, past or present. 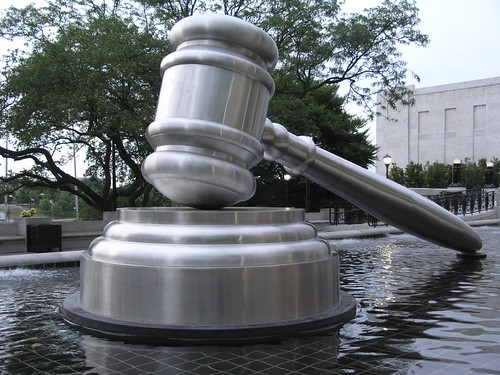 The assigned reading for Tuesday 10/22 is posted on Blackboard under Content, a 2001 article from American Libraries journal titled “Government Documents at the Crossroads.” After reading that, make a list of all the kinds of “government documents” you can think of (without Googling). What might fall into that category?

After making your list, spend some time in these two library subject guides: “Government Information Overview” (WSU Library) and “Finding Government Documents,” (University of New Haven) – some of the UNH instructions are specific for their library, but their list provides an overview of the spectrum of government documents and some resources that our library may not – try clicking around on a few of their tabs (Business, President, Congress, Judicial, CJ, etc) to explore some of the categories and see what you stumble onto. Add any new findings to your list.

On Thursday 10/24, BRING LAPTOPS and I’ll post a list of sites and ideas for exploring Gov Docs in class.

Reading: there’s a lot. All the readings are found in a folder under Unit 2 on Blackboard. Many thanks to Dr. Daron Barnard for his expert guidance on the genetics of this case in our Tuesday class.

Begin with Williams “Genetic Evidence” for an overview of this controversy. Then read:

Maura Singleton, “Anatomy of a Mystery: The Jefferson-Hemings Controversy in the Post-DNA Era,” UVA Magazine Fall 2007.

“James Callendar’s Reports,” published in 1802 – (sorry for the poor-quality PDF reproduction). These are transcripts of the original primary sources that all Jefferson-Hemings scholars have to come back to. What do you make of them? What conclusions would you (or WOULDN’T you) draw from them?

Optional reading: Steven Shepard et al, “A Case Study in Historical Epistemology: What Did the Neighbors Know About Thomas Jefferson and Sally Hemings,” in Historical Knowledge, Historical Error: A Contemporary Guide to Practice (U Chicago, 2007).

Want more? Annette Gordon-Reed, mentioned in the UVA article, is the author of two outstandingly researched books on this topic. The first, Thomas Jefferson and Sally Hemings: An American Controversy, was published in 1998, before the DNA evidence was made public. In it she argued (from the documentary evidence alone) that it was likely that Hemings and Jefferson had a sexual relationship and that he was the father of at least some of her children. The second won the Pulitzer Prize in 2009, The Hemingses of Monticello: An American Family, which Publisher’s Weekly called “a scholar’s book: serious, thick, complex” – which also revealed that Sally Hemings was a biological half-sister to Thomas Jefferson’s wife Martha.

In 1986, B. R. Burg wrote a scathing article for Phylon, reviewing bias and rhetoric in how historians had treated Jefferson’s alleged affair with Hemings over time. He noted that historians used words like “illicit affair” or “indiscretion” when they talked about Jefferson (or Hamilton’s, or other white men’s) extramarital activity with white women (even with married white women), but chose words like “vulgar liaison” to refer to the same kind of activity with the enslaved Sally Hemings. In the accounts of the historians he analyzed, white women had “families” or “children,” while Hemings had a “brood.” Burg argues that this was, in part, a product of the racial politics of the times in which these historians wrote – a charge that should give us plenty to talk about in class.

1) To what extent are the Jewish people a genetically distinct group whose ancestry can be traced to the land now known as Israel?

“A Mosaic of People: The Jewish Story and a Reassessment of the DNA Evidence” (Journal of Genetic Genealogy, 2005)

2) What can genetics tell us about Egyptian mummies?

3) Who were early Europeans and what can we know about them from genetic evidence?

4) How can science and genetics help us understand plant domestication? (i.e. who invented corn?)

“Canadian Teenager Star Pupil Finds Lost Mayan City by Studying Ancient Charts of the Night Sky from his Bedroom” The Telegraph, May 2016

“Experts Say Teen’s ‘Discovery’ of a Mayan City is a Very Western Mistake” (National Geographic, May 2016)

Using WSU library resources, track down and read two articles from Nature that Dr. Barnard mentioned on Tuesday. Their titles are:

“The complete genome sequence of a Neanderthal from the Altai mountains”

“An early modern human from Romania with a recent Neanderthal ancestor”

Then, explore how these articles were covered in the news at the time.

Journals of Lewis and Clark

By the People transcription projects

This week: Prince Harry and Duchess of Sussex Megan Markle sued the publisher of the Daily Mail for publishing a private, handwritten letter to her father. “The royal couple filed a claim against Associated Papers for the misuse of private information, infringement of copyright and breach of the United Kingdom’s Data Protection Act 2018, according to the law firm representing the couple.” (NBC News)

In many ways, this unit is the heart of the course. Each week, we will explore using a different type of primary source, or a different approach to history research / methodology. Tuesday will be the discussion day for a reading, Thursday will be a lab or workshop day giving you a chance to practice applying the week’s approach or source base. Please bring laptops on Thursdays throughout this unit.

Here’s a quick overview of the unit –

In other words, you will take what we have read or done in one of our in-class labs and APPLY it in a new context to a topic of your own choosing, and for which you need to do your own independent source research and analysis. I strongly encourage you to choose a method or source base with which you are less familiar, or which represents a stretch outside your comfort zone. The purpose of this paper (and the entire unit, really) is to take a risk, explore, and experiment.